Synchronicity of the Day (aka Miracle): None noted, though that doesn’t mean they didn’t occur.

*A beautiful modern building to the north side of I-80, California Trail Center, not far from Elko. I wonder if anyone still walks that trail. Could be great fun.

*Slogan of the tiny town of Carlin: “Where the Train Stops and the Gold Rush Begins”

*”Emigrant Pass.” Hmm, an emigrant is someone who comes OUT of a place, and an immigrant goes INTO a new place. Is this where discouraged gold rush folks left to return East? Or is the pass just misnamed?

*Mounds of black dirt near a Baker Hughes plant along I-80. What are they made of?

*Occasional signs for Auto Tour Route. The National Park Service set up these highway signs outlining the general routes of the Oregon, California, and Pony Express trails. The route is administered by the National Trails Systems Office. Check the NPS website. Could make for a great summer of exploration with kids.

*At town of Battle Mountain: “Base camp to the Nevada Outback.” Oh, my, there could be stories there. It’s Butch Cassidy country.

*Once into California, I pass Secret Town Road—hmm, what’s there?

*Early morning mist covering the vast plains of Western Nevada. Surprising to me. Wish I’d stopped to take a picture. Well, next time.

*Oatmeal with raisins at McDonald’s because they serve no breakfasts without some version of pork—sausage, ham, or bacon. I don’t eat pig-products. Perhaps I’ll write the company and ask for more variety. On road trips, I often go to McD’s where coffee is good and bathrooms are clean and they’re often situated near gas stations.

*Late breakfast at Cowpoke Café in Lovelock, NV. The town is named for a general who won a battle nearby, a waitress tells me—a 21-year-old native who loves living here.

*The terrain changes from the soft/gentle/grass-covered mounds/of western Nevada to the spiky pine-forests and snowfields of the Sierra Nevadas. Then from the wilderness expanse of NV, one drives into the non-stop commercial and residential development of CA—all the way from the mountains to the bay. It’s shocking, really.

*Following my GPS across several bodies of water to Fulton Street, San Francisco. So much trust is required; I have no idea where I am. 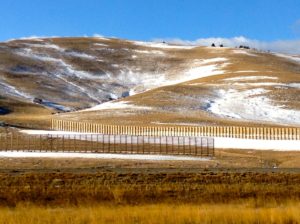 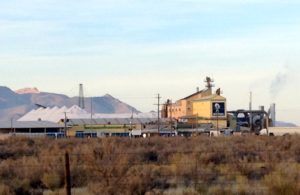 > Send me an email